BRYCE CANYON OFFERS MANY EXPERIENCES FOR THE OUTDOOR ADVENTUROUS TRAVELERS.

The area surrounding Bryce Canyon was settled by pioneers in the 1850's. Bryce Canyon National Park is named for Ebenezer Bryce, a man who settled in the valley east of the canyon. The story is told that one day he lost some of his cattle and he found that they had wandered up into a limestone amphitheater, and his comment was “It's one hell of a place to lose a cow.” Bryce Canyon was designated a national monument in 1923 and then officially became a national park in 1928.

Bryce Canyon National Park is actually a series of multi-hued rock amphitheaters that are situated along the edge of the Pangsaugunt Plateau, and each amphitheater is a magnificent gathering of large towers of stone referred to as Hoodoos.  These distinctive geologic structures are formed by the effects of freezing water within the stone and by flowing water erosion. 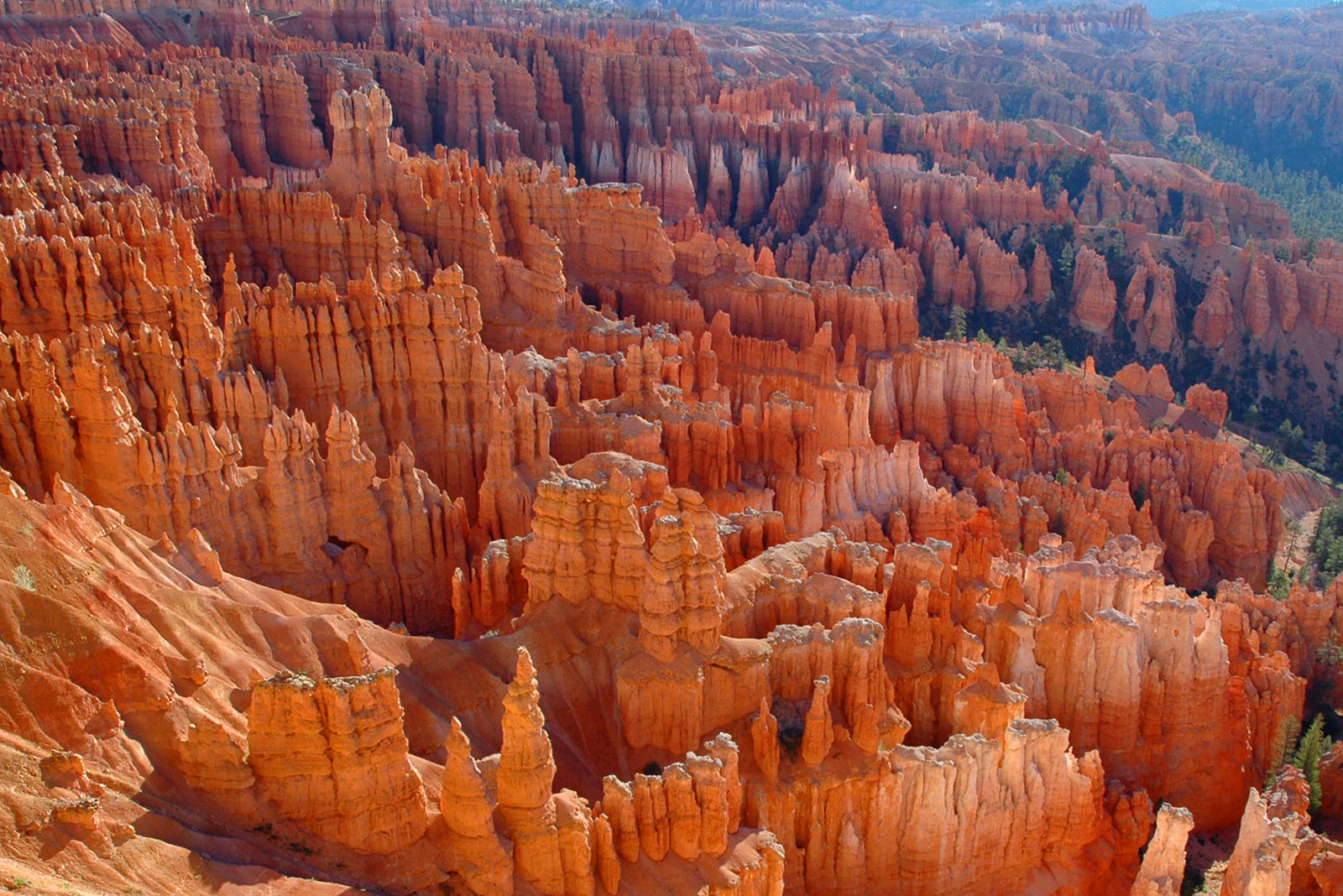 Back-country hiking trails abound through the forested plateau and down amongst the Bryce Canyon hoodoos.  Remember that you are starting hikes down among the hoodoos from elevations that range between 8,000' and 9,000'. Marked and maintained trails for walking or hiking.

Photographers will enjoy the endless array of towers and vistas, and the majestic sunsets, breathtaking sunrises, and the vast clear night skies. Bryce Canyon is designated an International Dark Sky destination. 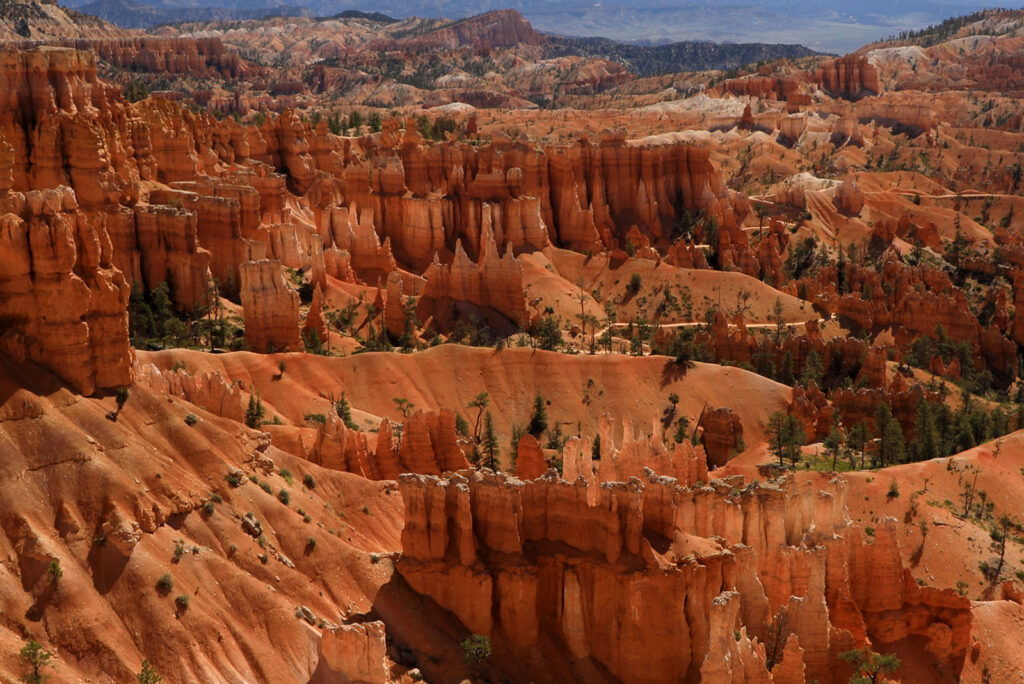 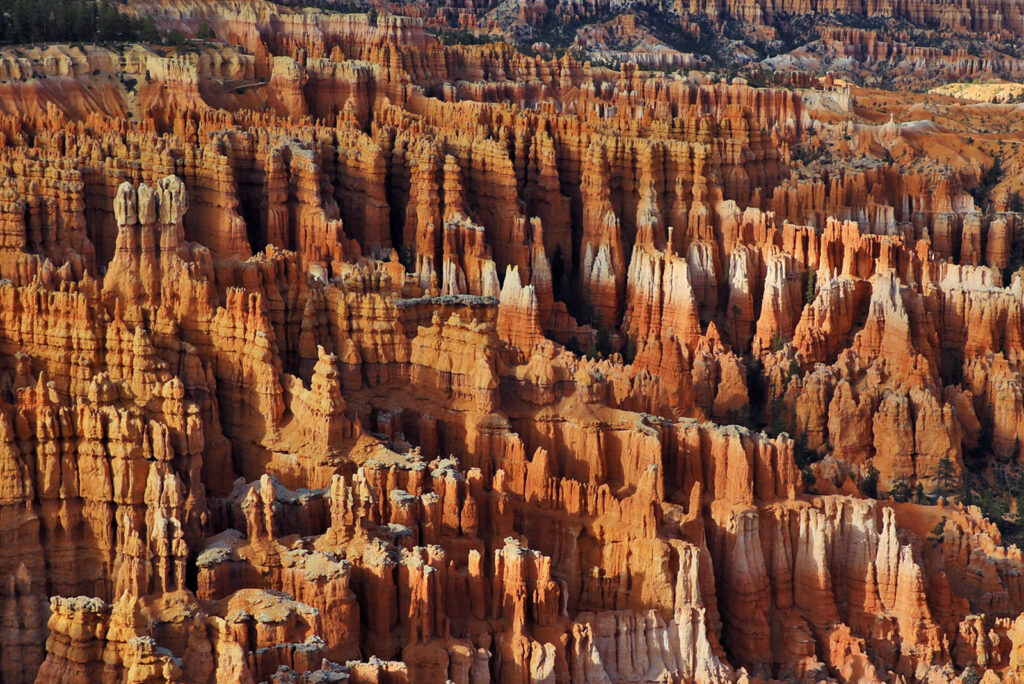 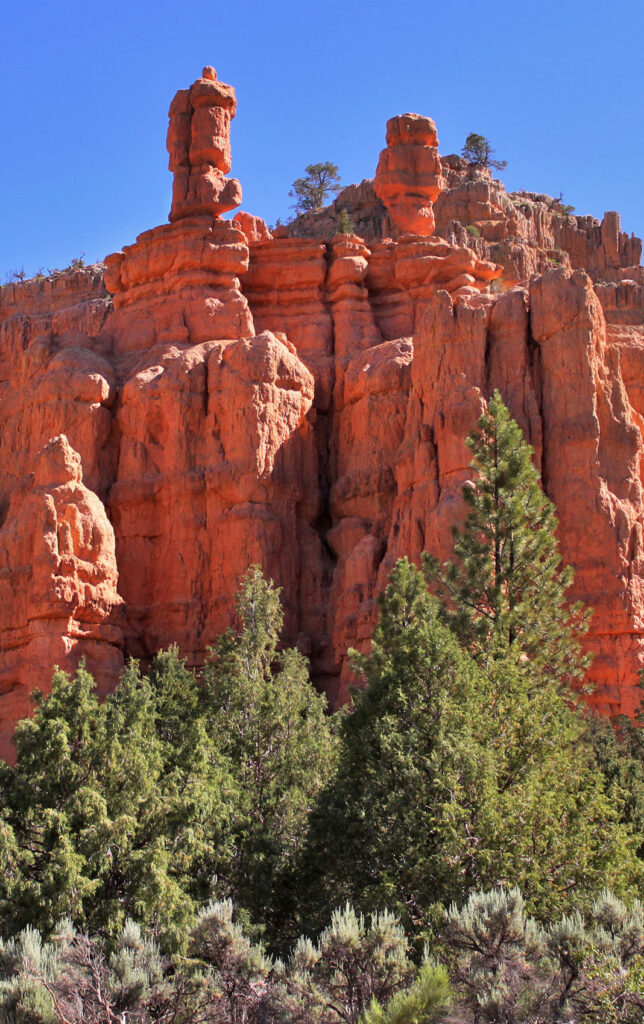 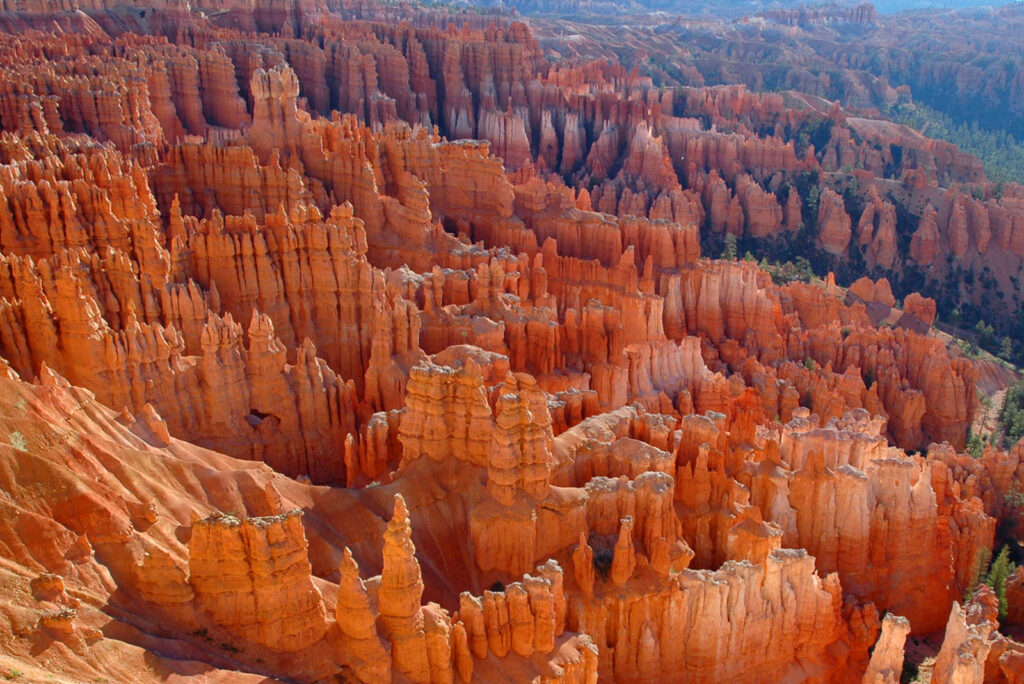 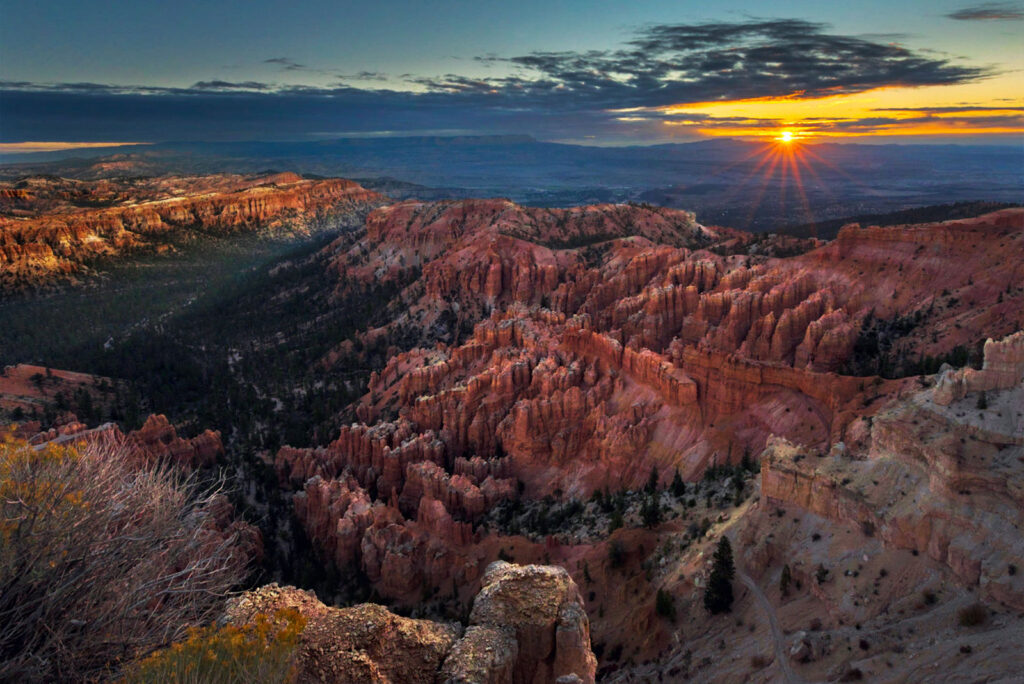 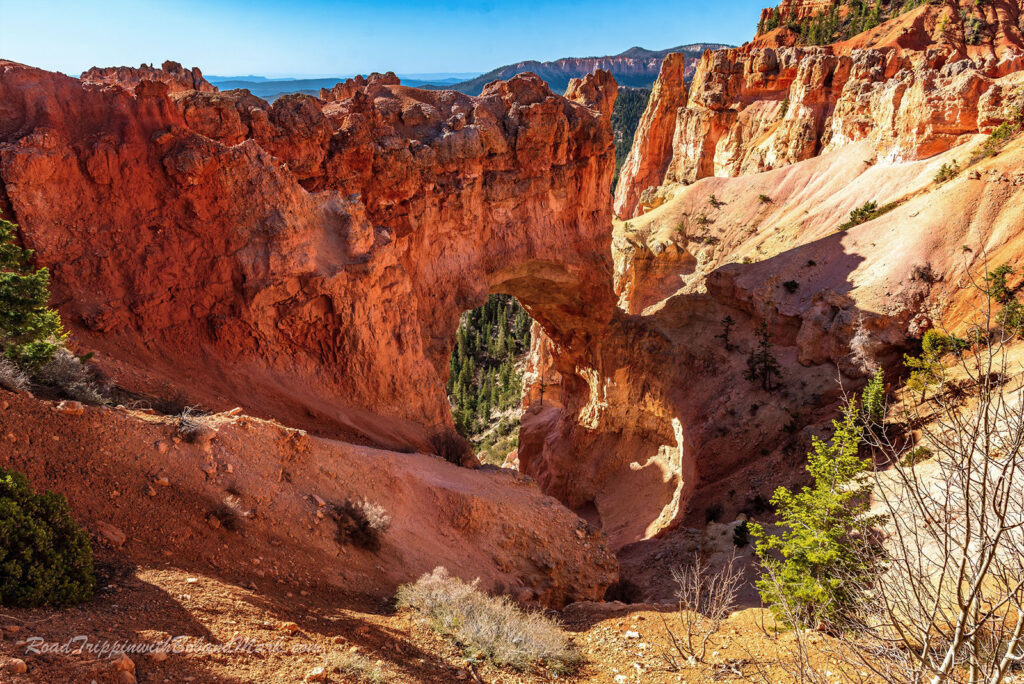 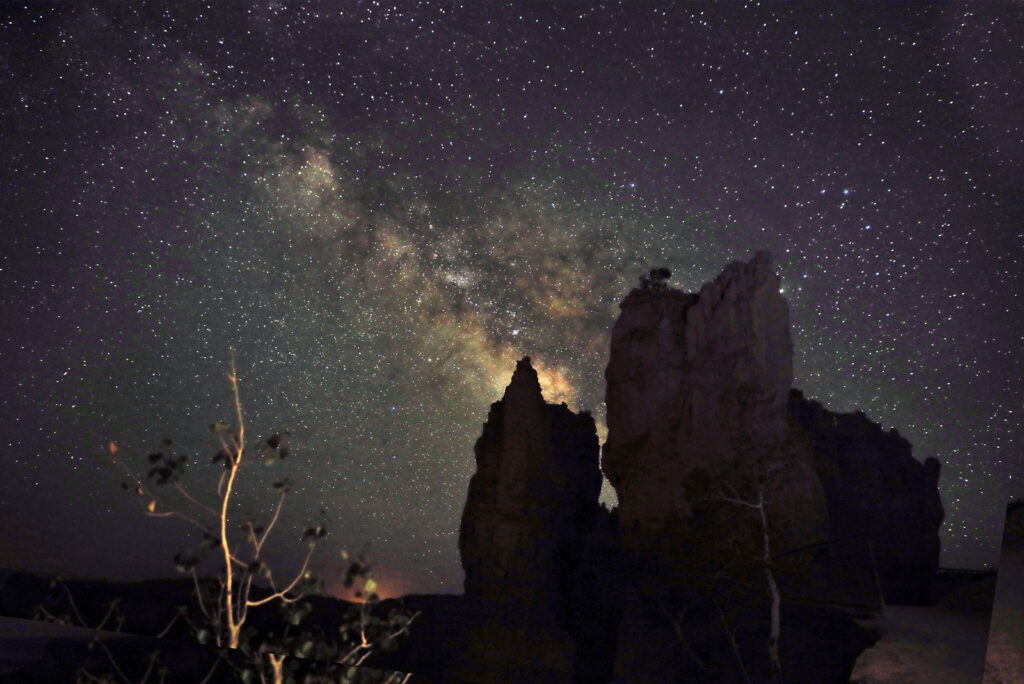 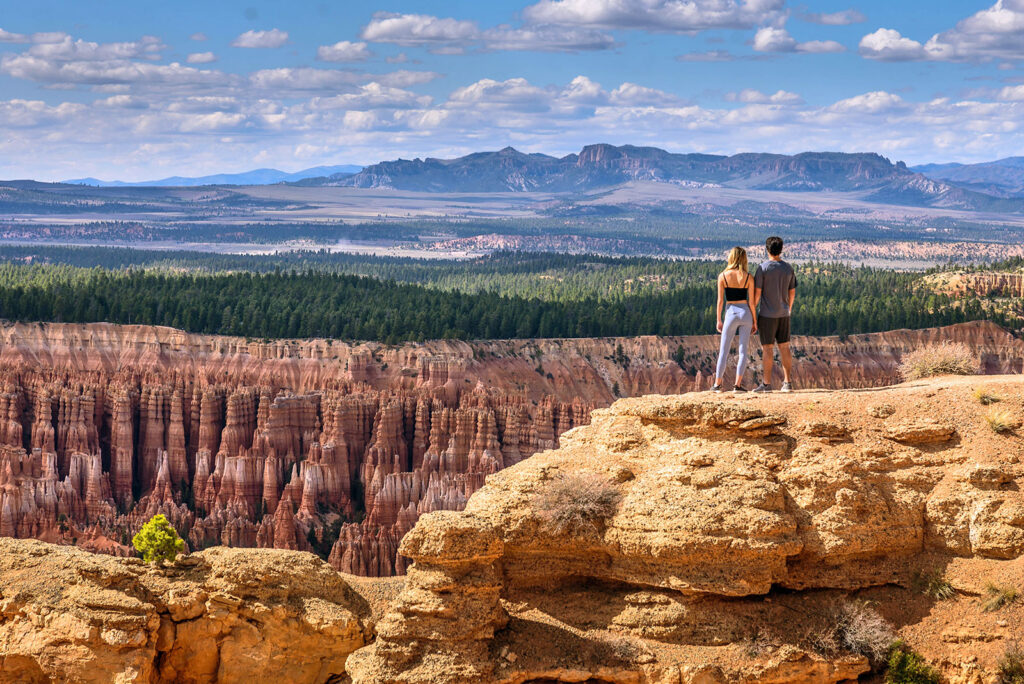 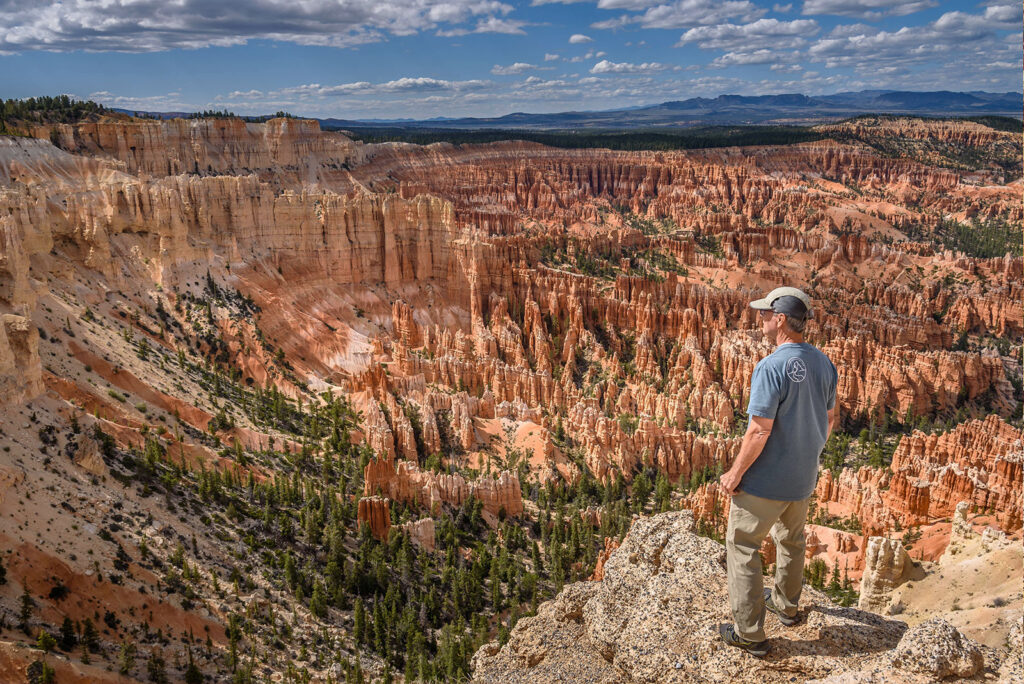 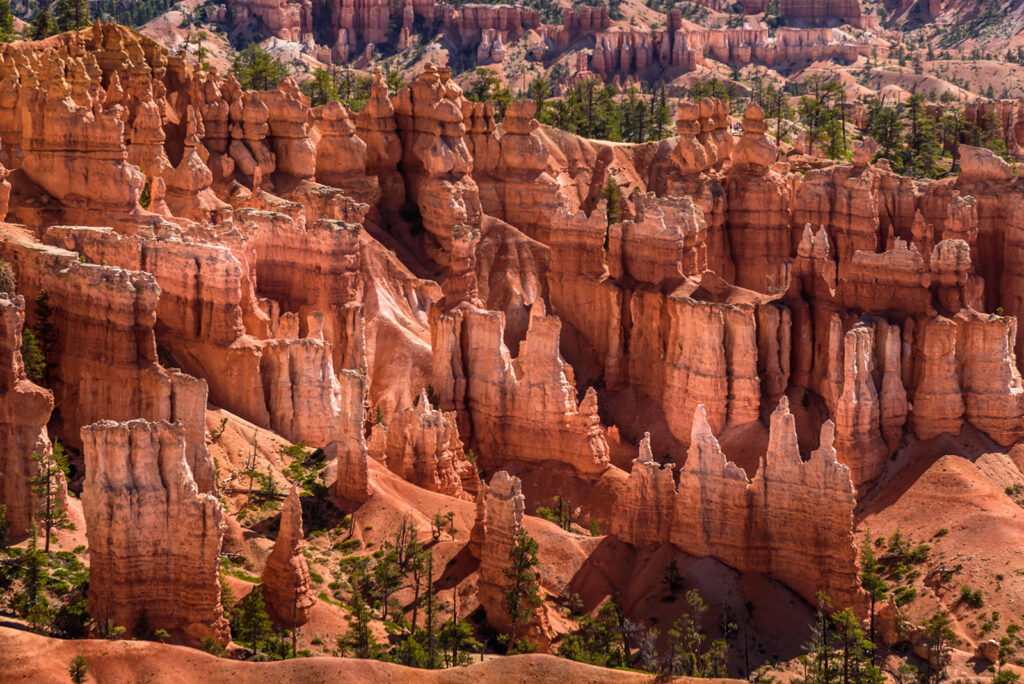 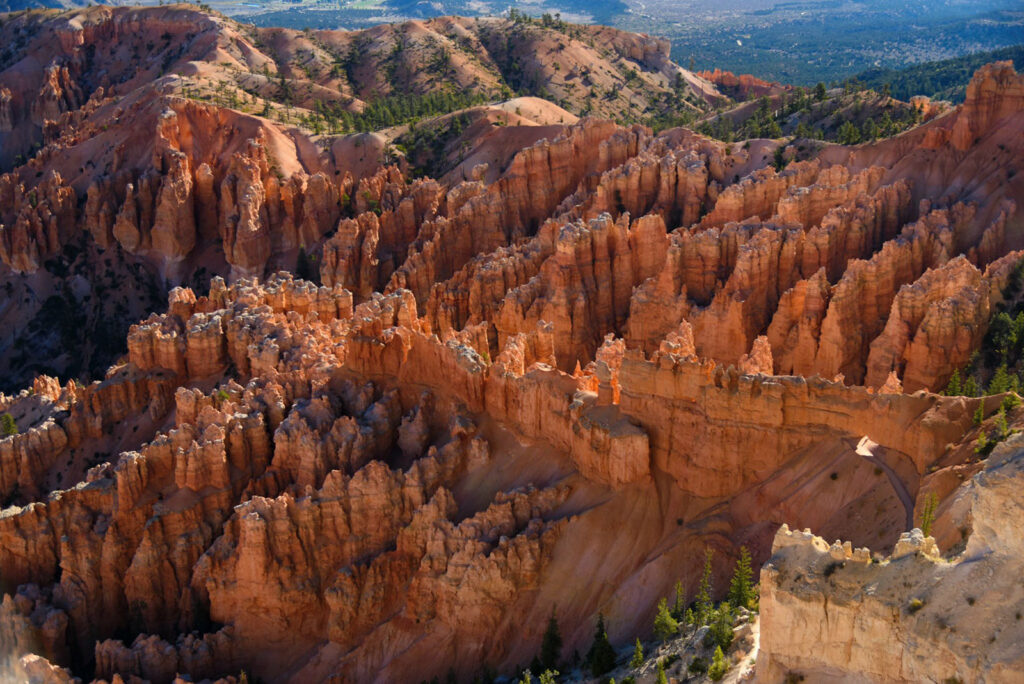 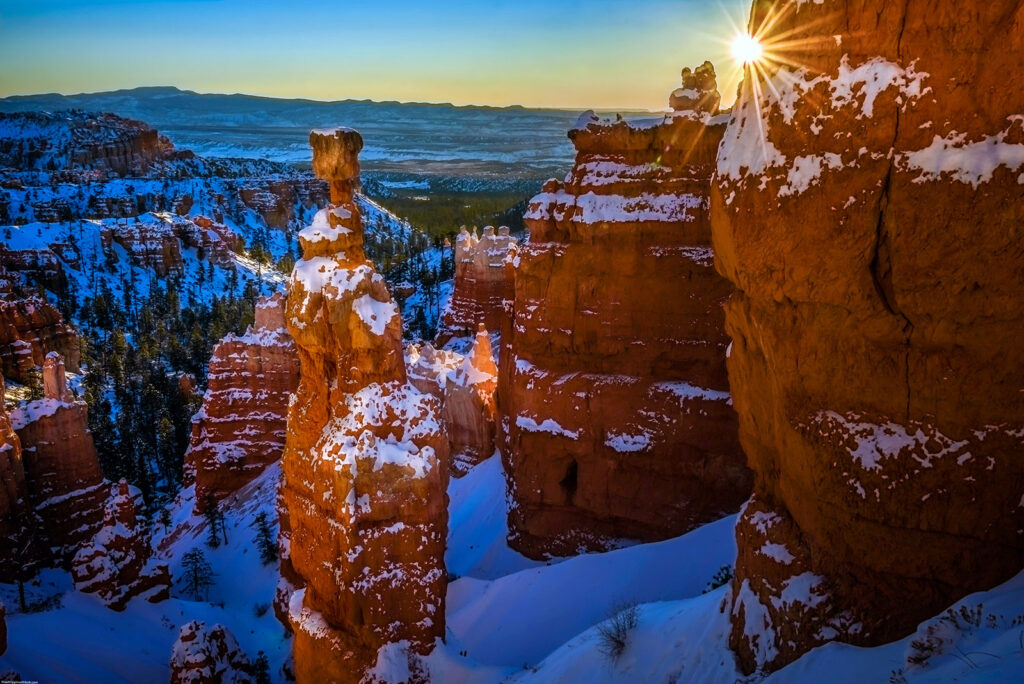 Planning Your Trip to Bryce

Driving: Bryce hosts a breathtaking scenic drive along the rim of the Paunsaugunt Plateau, with stopping points to overlook the canyon’s dramatic formations. The road through the park winds approximately 20 miles to the southern end of the park, with 13 viewpoints over the amphitheaters.

Trying to decide which airport you should fly into to visit Bryce National Park? Here are five options:

Horseback Riding in Bryce Canyon is an option to explore the hoodoos by horseback between the months of April – October (weather permitting).
Helicopter tours, ATV tours, and other guided experiences are also available.

Along Scenic Byway 12, just east of the junction with Highway 89 (2 miles) is Red Canyon which offers a small sampling of the limestone hoodoos that are found in Bryce Canyon National Park.

Just 90 minute drive from East Zion, Kodachrome Basin State Park offers 67 sedimentary chimney rocks, ranging from six feet to 170 feet in height.  Some researchers speculate that the area was once similar to the geyser activity of Yellowstone National Park.  When the geysers ceased to function the geyser holes were filled with sediment that ultimately was more dense and harder than the surrounding soils and rock.  Eventually the surrounding terrain was eroded away leaving the hardened sediment that had filled the geyser holes.