The Grand Staircase is a massive geologic phenomenon that defines millions of acres of landscape in southern Utah and northern Arizona. Made up of five unique "layers," the oldest layers of the Grand Staircase are found at the North Rim of the Grand Canyon, while the newest layer makes up Bryce Canyon. Starting with the oldest layer first, the stair steps are named for their general color: chocolate, vermillion, white, gray, and pink. As the landscape shifted over the millennia from lakes to sand dunes to rock, the Grand Staircase was formed by tectonic uplift along the Colorado Plateau, which fanned out and exposed the various layers of sediment and rock.

This is the oldest or bottom layer of the Grand Staircase, which makes up the North Rim of the Grand Canyon. The Chocolate Cliffs were formed around 200 million to 225 million years ago. This layer defines most of the Kaibab plateau, and is made of Kaibab limestone.

The Vermilion Cliffs are a rich reddish-brown color, made up of silt and ancient desert sand dunes. This layer makes up the red rock cliffs near Kanab. The Vermilion Cliffs date back between 165 million and 200 million years old. Sometimes people misspell the word Vermillion with two letter L’s.

The massive Navajo sandstone cliffs in Zion National Park are formed by the White Cliff layer of the Grand Staircase. The White Cliffs are estimated to be around 150 million years old, created when the region was made up of lakes and massive sand dunes.

Traveling between Zion National Park and Bryce Canyon National park only takes about an hour of driving but unveils 130 million years of geologic history. The Gray Cliffs are the second youngest layer of the Grand Staircase, made up of sandstone and shale from the Cretaceous period.

Bryce Canyon National Parks famous hoodoos are sculpted from the youngest layer of the Grand Staircase. The Pink Cliffs of the Claron Formation are 50 to 60 million years old. The Pink Cliffs also define Red Canyon and Cedar Breaks. Bryce Canyon balances on the edge of the Paunsaugunt Plateau, which rises 7,000 to over 9,000 feet above sea level.

The Paunsaugunt and Aquarius Plateaus

The Paunsaugunt Plateau was created approximately 10-20 million years ago by a tectonic uplift on the Colorado Plateau, which is the highest plateau in North America). Further uplift and erosional forces along the Paunsaugunt Plateau created Bryce Canyon's intriguing hoodoos. The Aquarius Plateau is another tectonic uplift along the Colorado Plateau, encompassing more than 50,000 forested acres above 11,000 feet. It is, in fact, the highest timbered plateau in North America. Boulder Mountain's Bluebell Knoll peaks at 11, 328 feet, the highest point in Bryce Canyon Country and on the Aquarius Plateau. 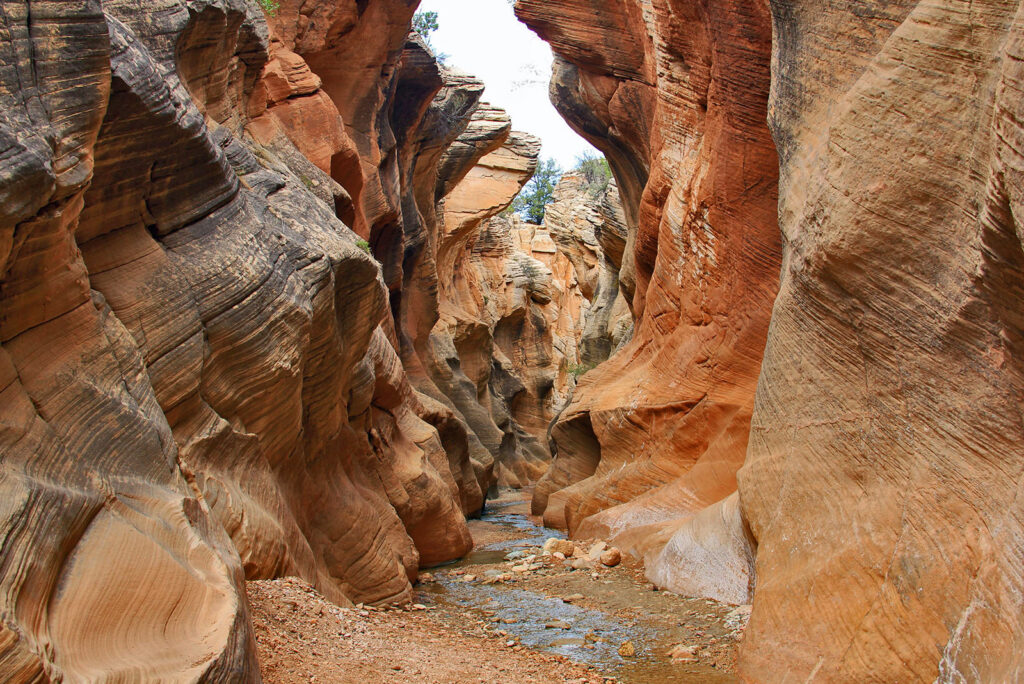 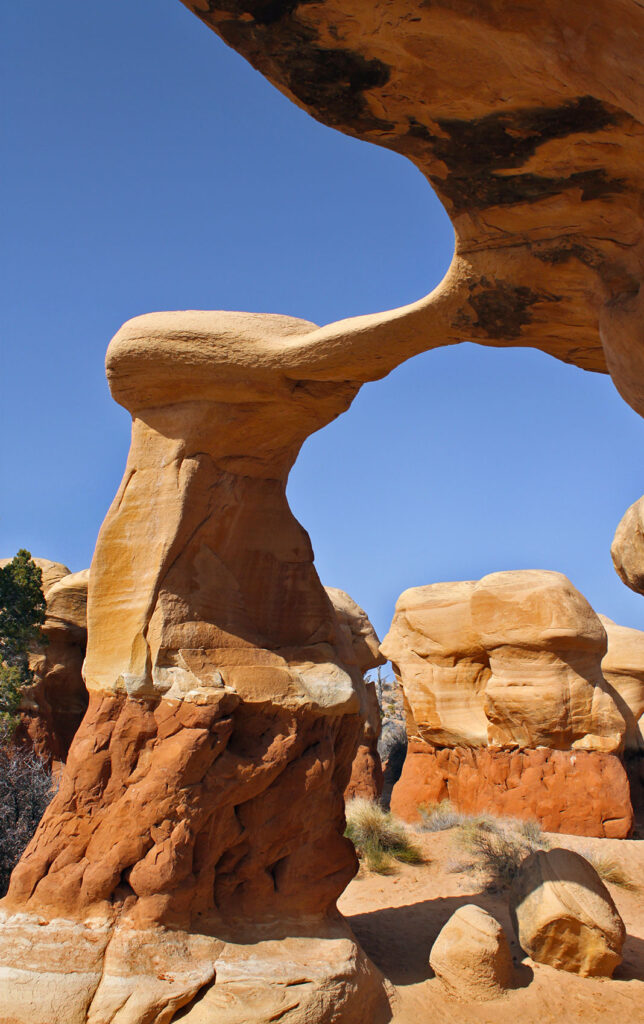 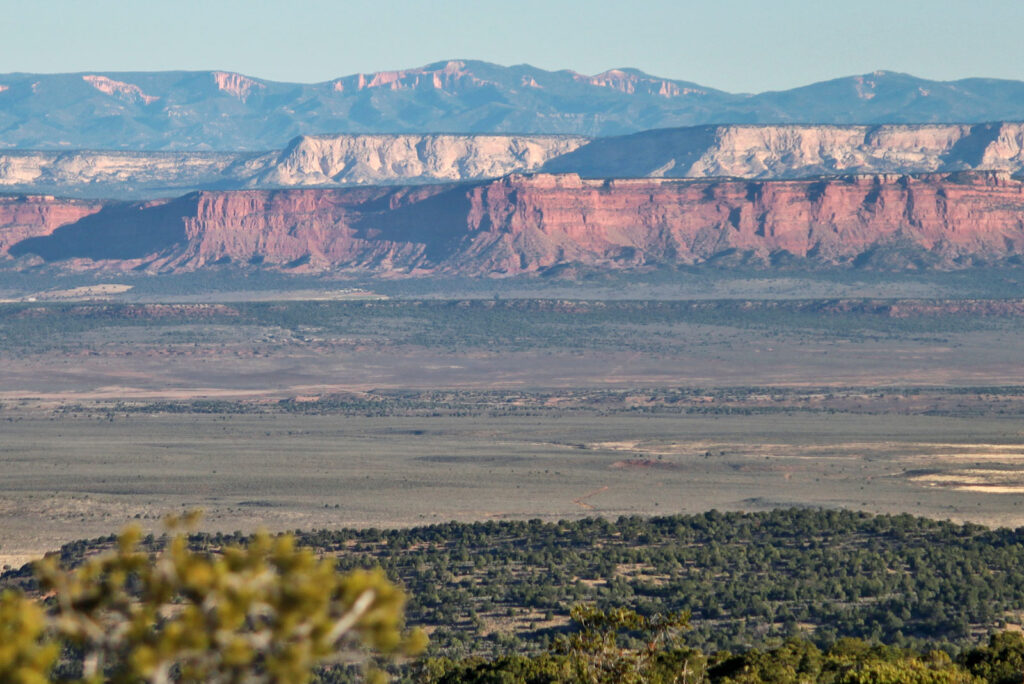 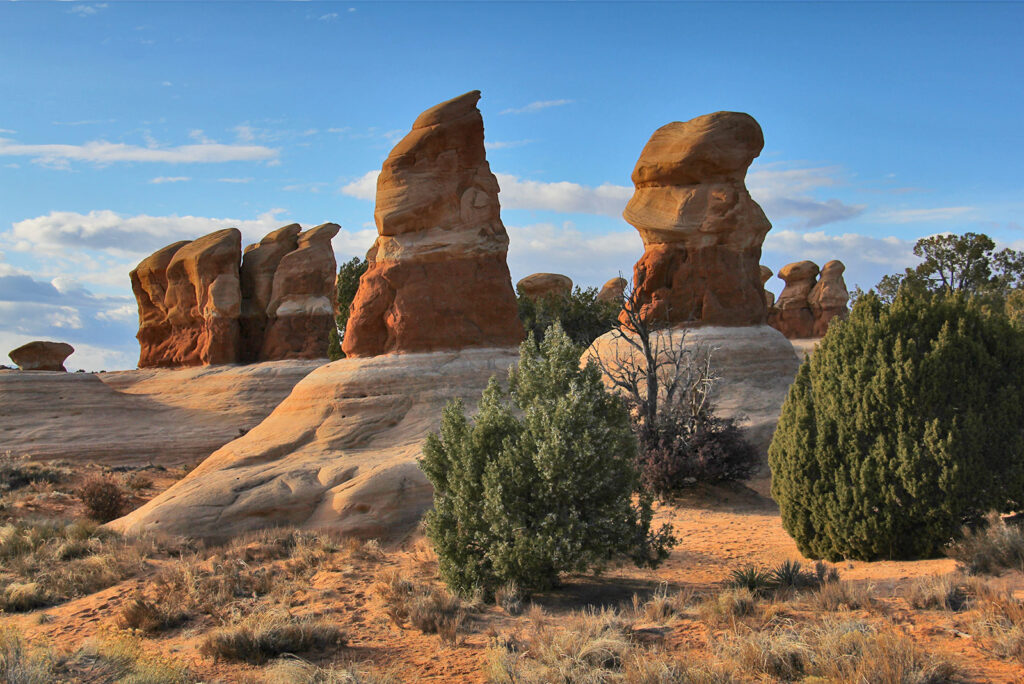 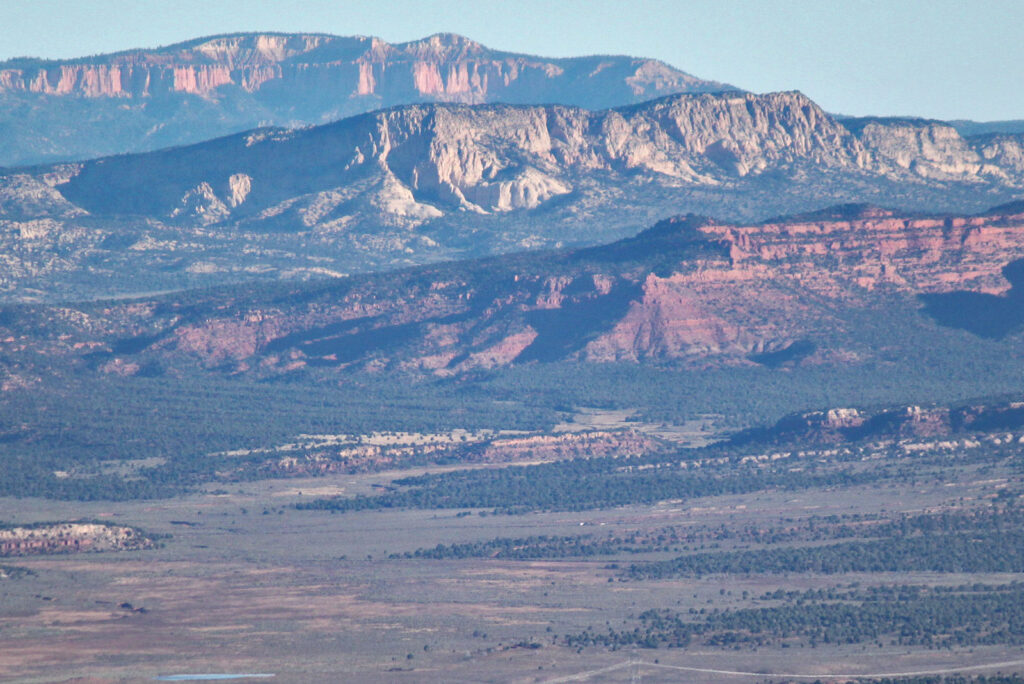 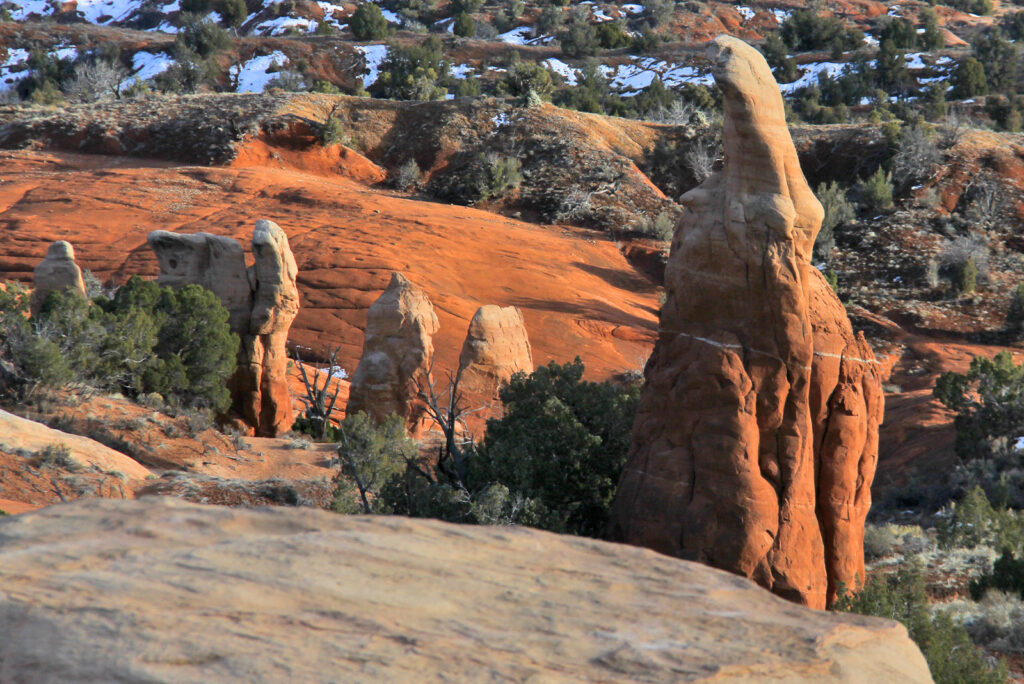 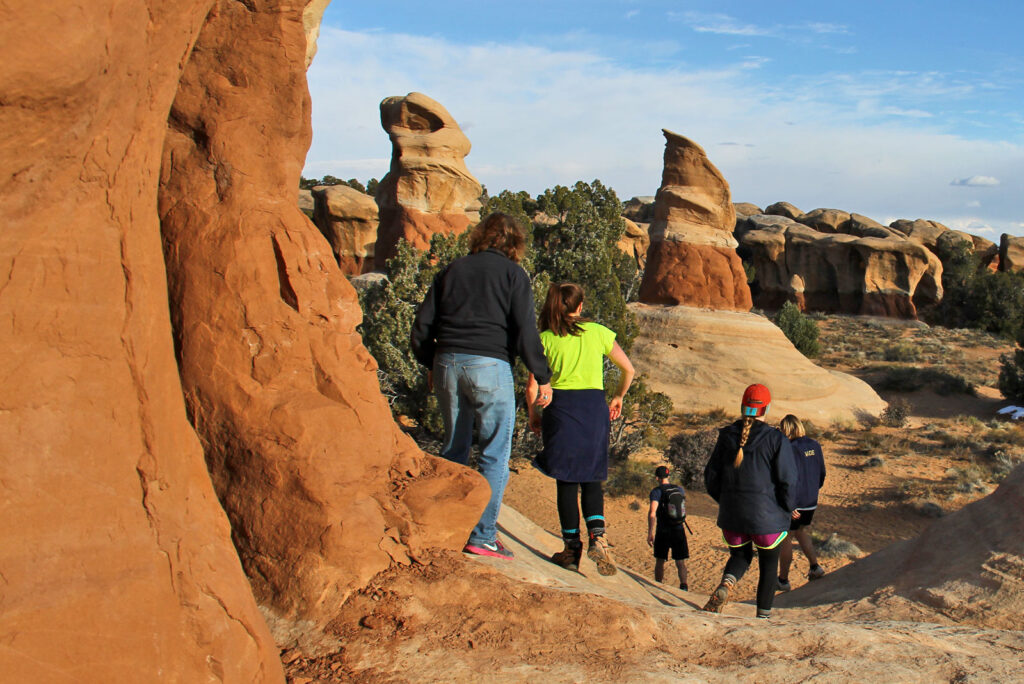 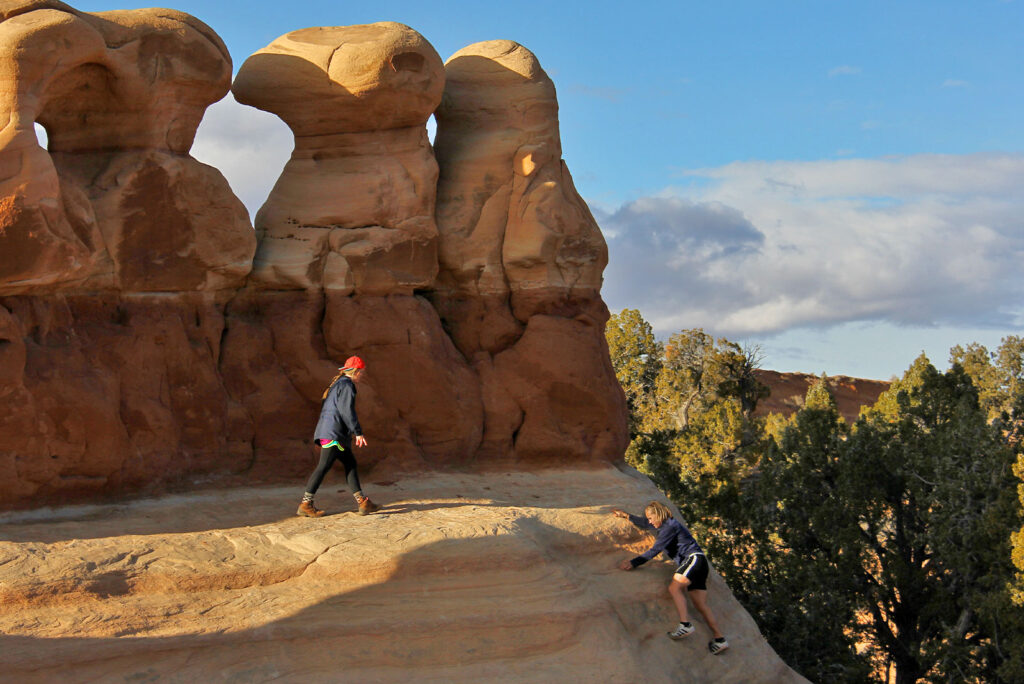 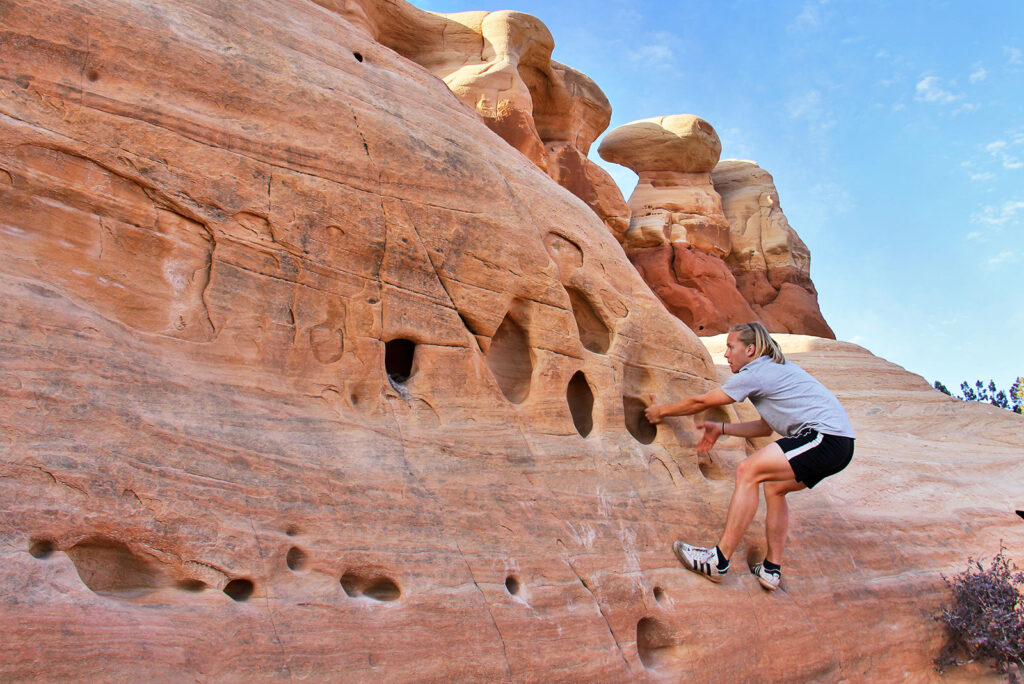 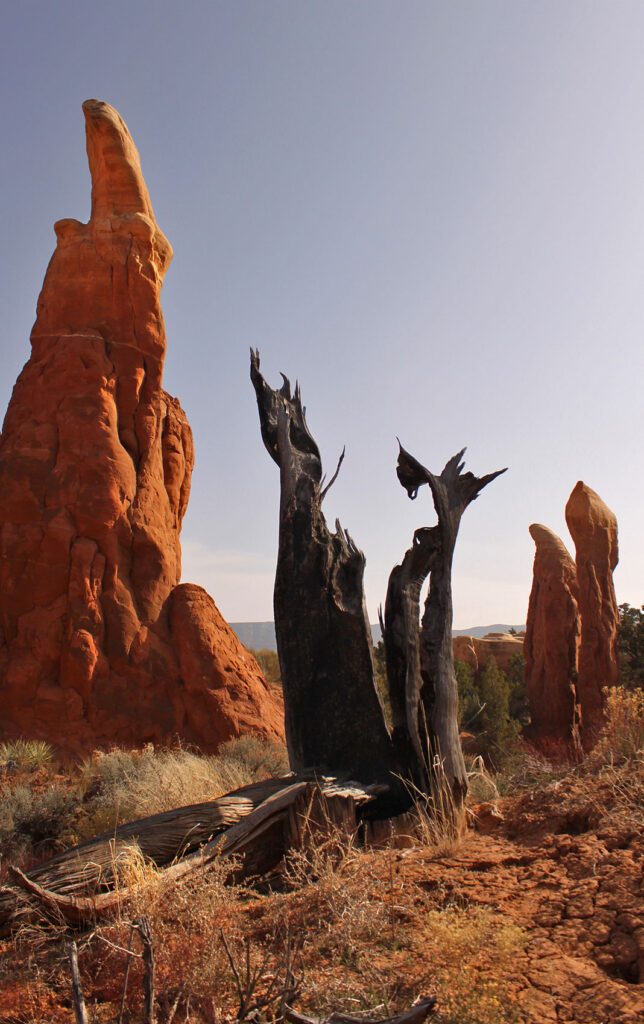 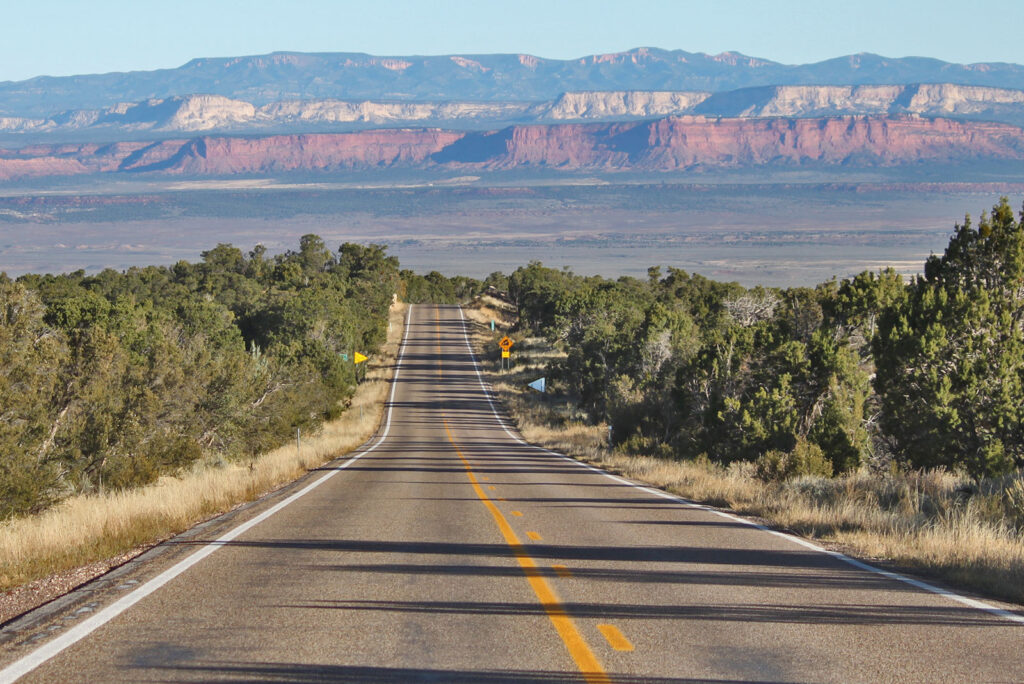 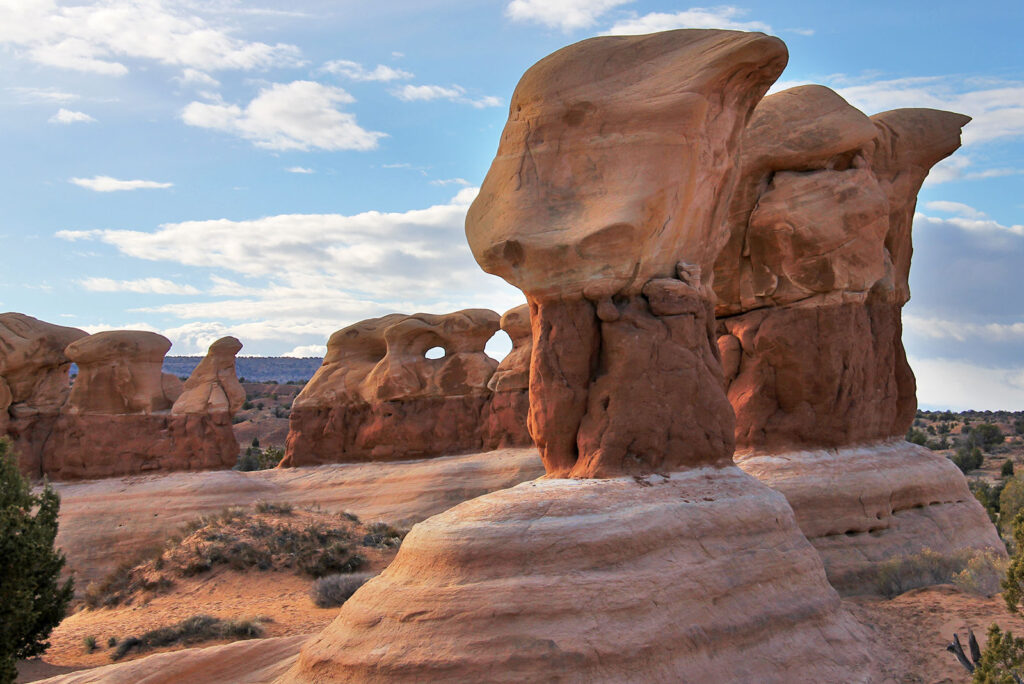 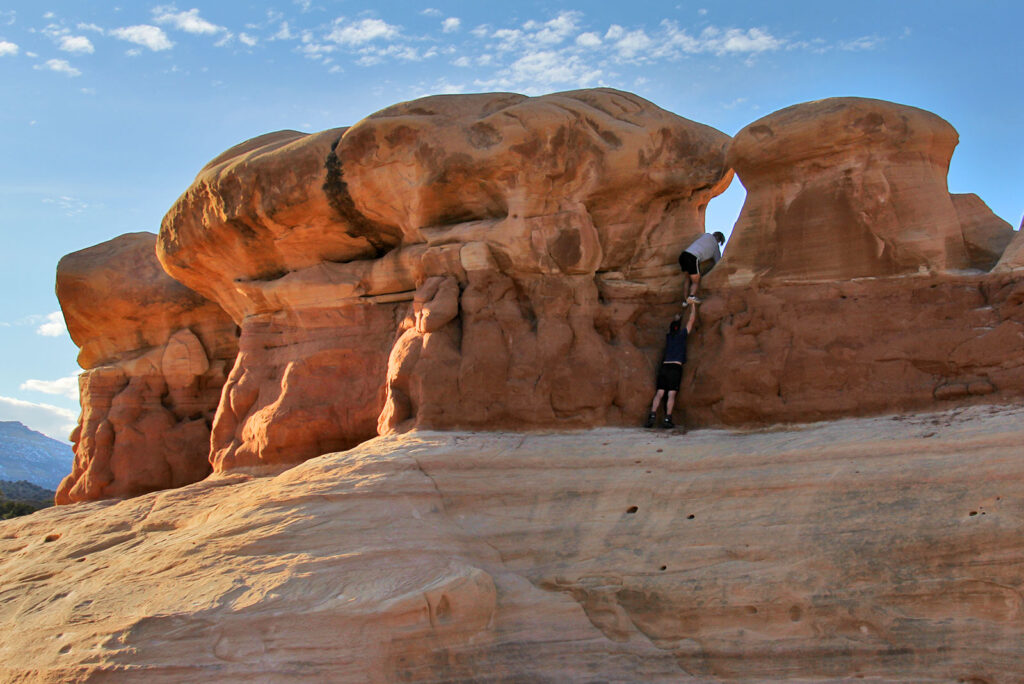 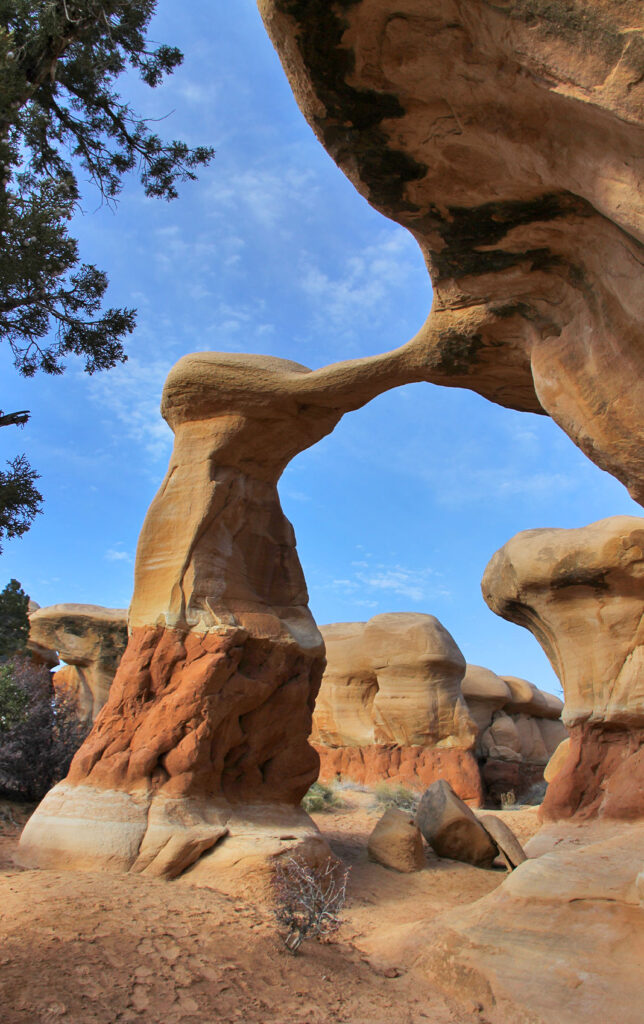 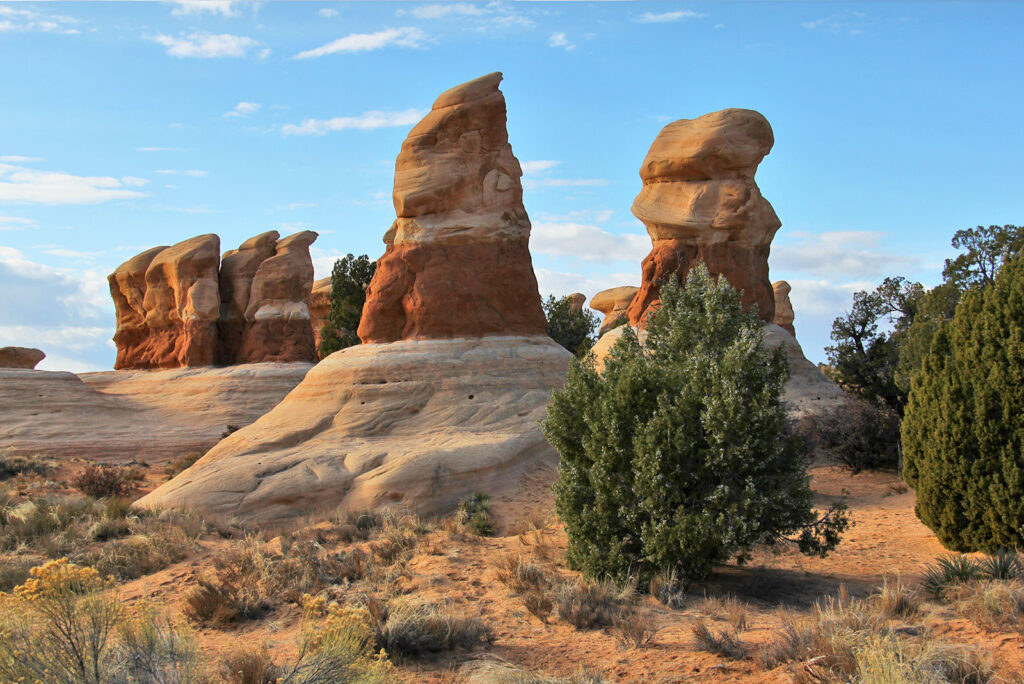 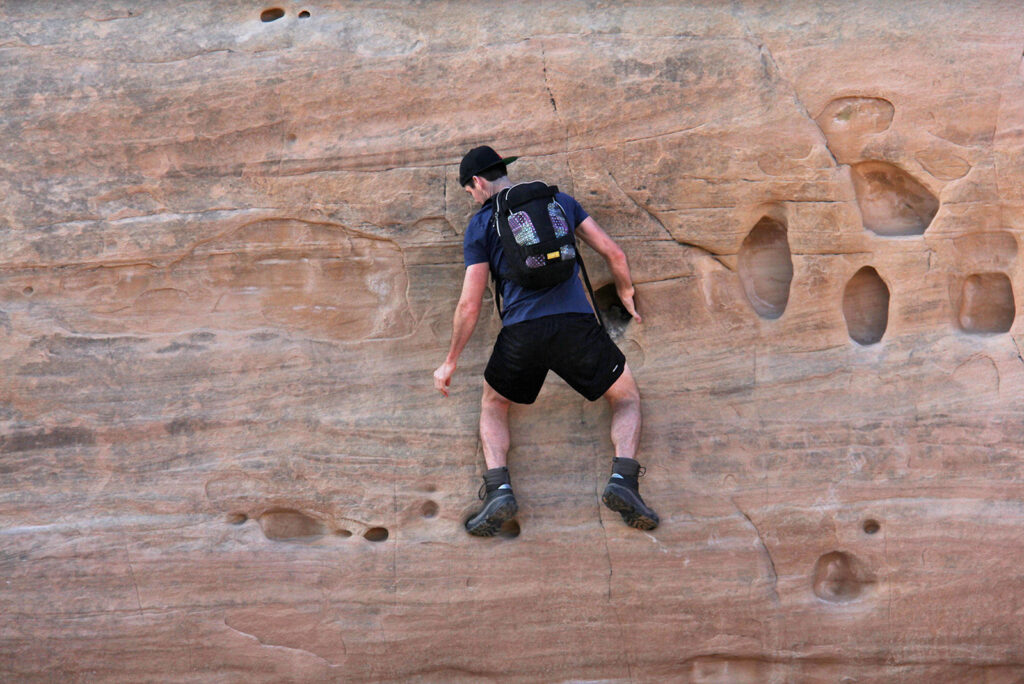 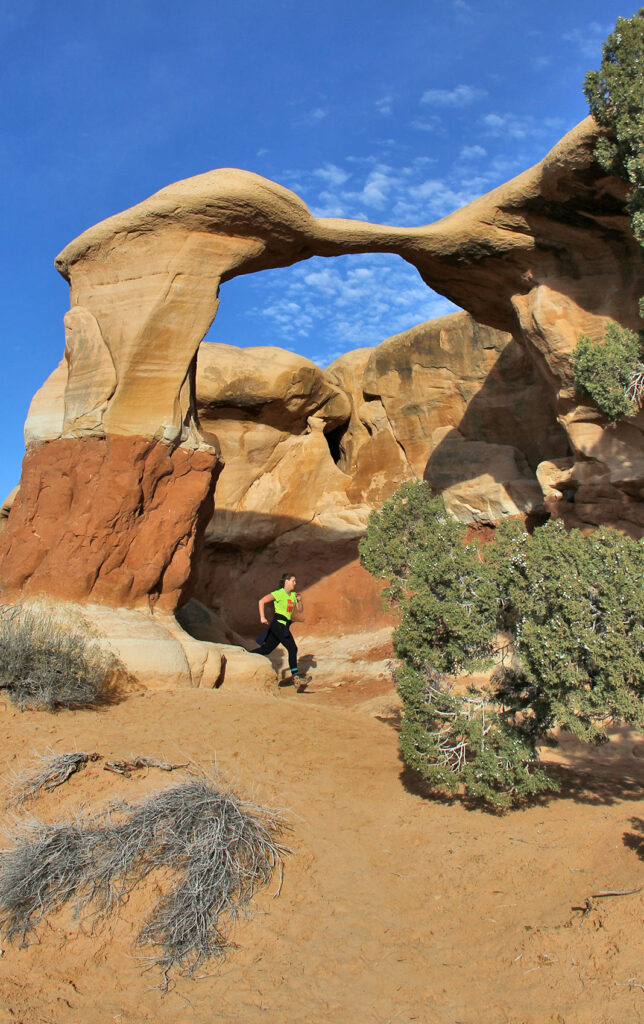 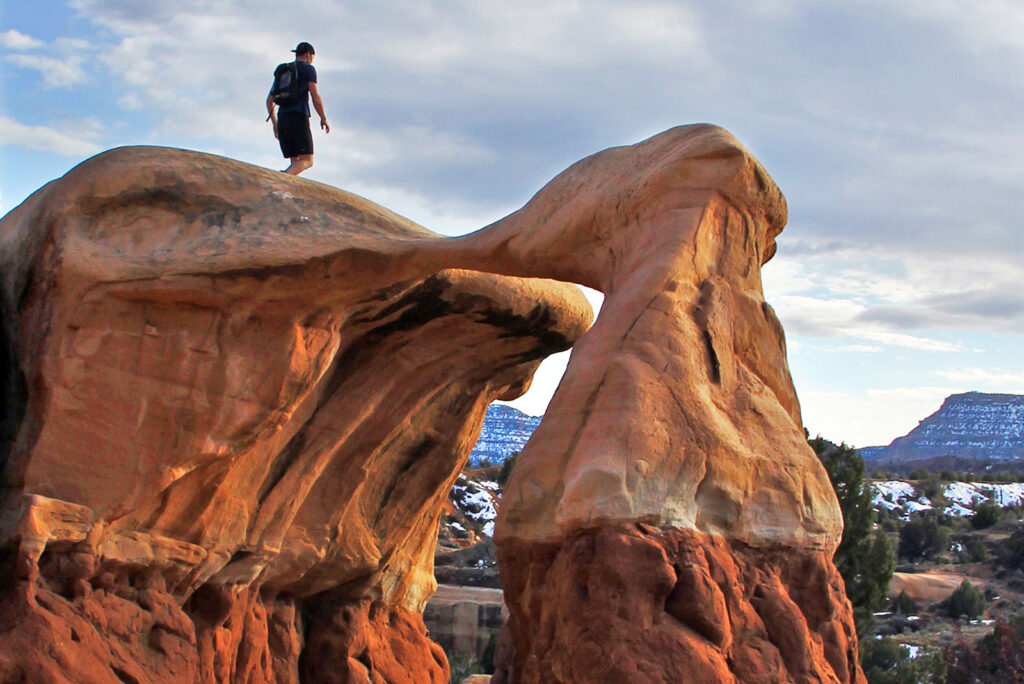 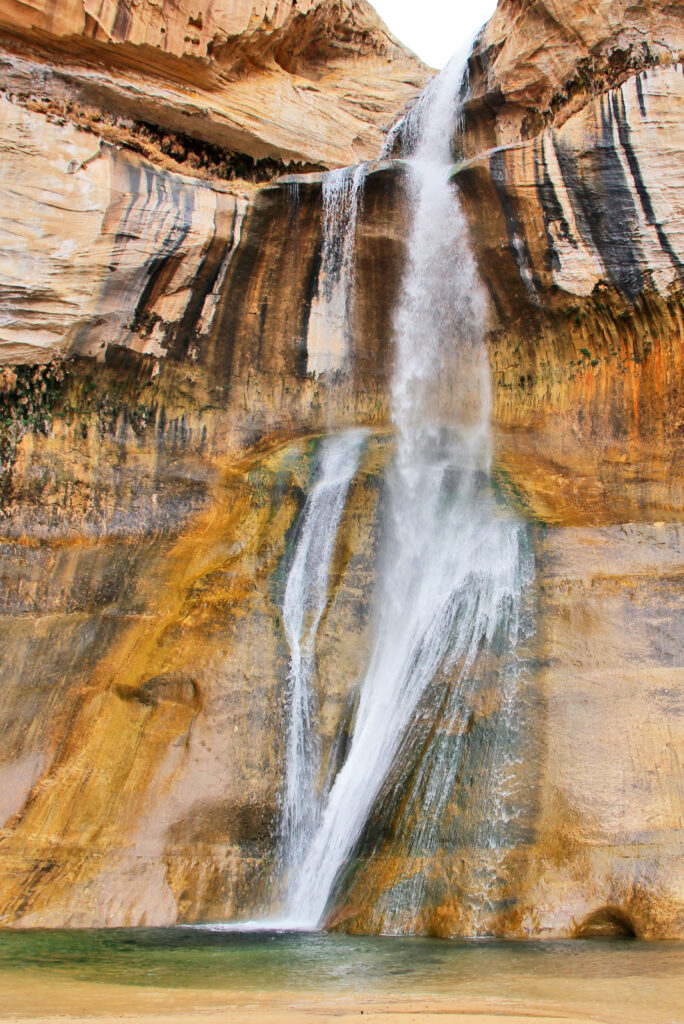 Planning Your Trip to the grand staircase

Trying to decide which airport you should fly into to visit Grand Staircase National Monument? Here are four options: