History and old west enthusiasts will find pipe spring national monument to be a great destination for discovery.

This monument is a historic pioneer fort, located 20 minutes west of Kanab, Utah, along Highway 389. The fort was created in the 1870's for security from regional bands of Native Americans, but rarely was used for its original purpose. The fort, surrounding grounds and added interpretive displays are now open to visitors every day of the year. This desolate, remote desert area around Pipe Spring is home to many plants and animals, largely dependent on the spring water that provides much-needed moisture for life and growth.

One thousand years ago, Native Americans from the Kaibab Paiute tribe hunted and gathered food on this plateau. Other tribes in the area, the Utes and Navajo also roamed these lands; all enjoyed and benefited from the life that the spring brought to the desert.

In the mid 19th century, Jacob Hamlin, leader of a group of Mormon missionaries came across the spring and named it. He immediately saw the spring’s great potential as an oasis in the middle of the desert and took his knowledge of the area back home with him.

Mormon pioneers living in St. George, Utah, brought cattle to the spring sometime during the 1860s. They established a large cattle ranch and began interacting with the local Kaibab Paiute tribe. Though the relationship between the ranchers and the Paiute Native Americans was friendly, there were some problems with other tribes in the area. During the winter of 1866, members of a local Navajo tribe stole the cattle at the ranch. Dr. James Whitmore, the rancher, and his herder, Robert McIntyre began tracking the cattle and were subsequently attacked and killed by the thieves.

Following those attacks, the ranching venture was abandoned for four years until a peace treaty was signed in 1870. Brigham Young, President of the Church of Jesus Christ of Latter-Day Saints, deemed that a fort be built for protection. Though equipped with guns and high walls, the fort was never specifically utilized for safety, as both the Paiutes and Mormons were able to live in relative harmony.

The fort was built right on top of the spring and was quickly given the nickname of Winsor Castle, after Anson Perry Winsor who was brought in to run the Pipe Spring fort and ranching operation. More improvements, such as outbuildings, fences and ponds were completed quickly. 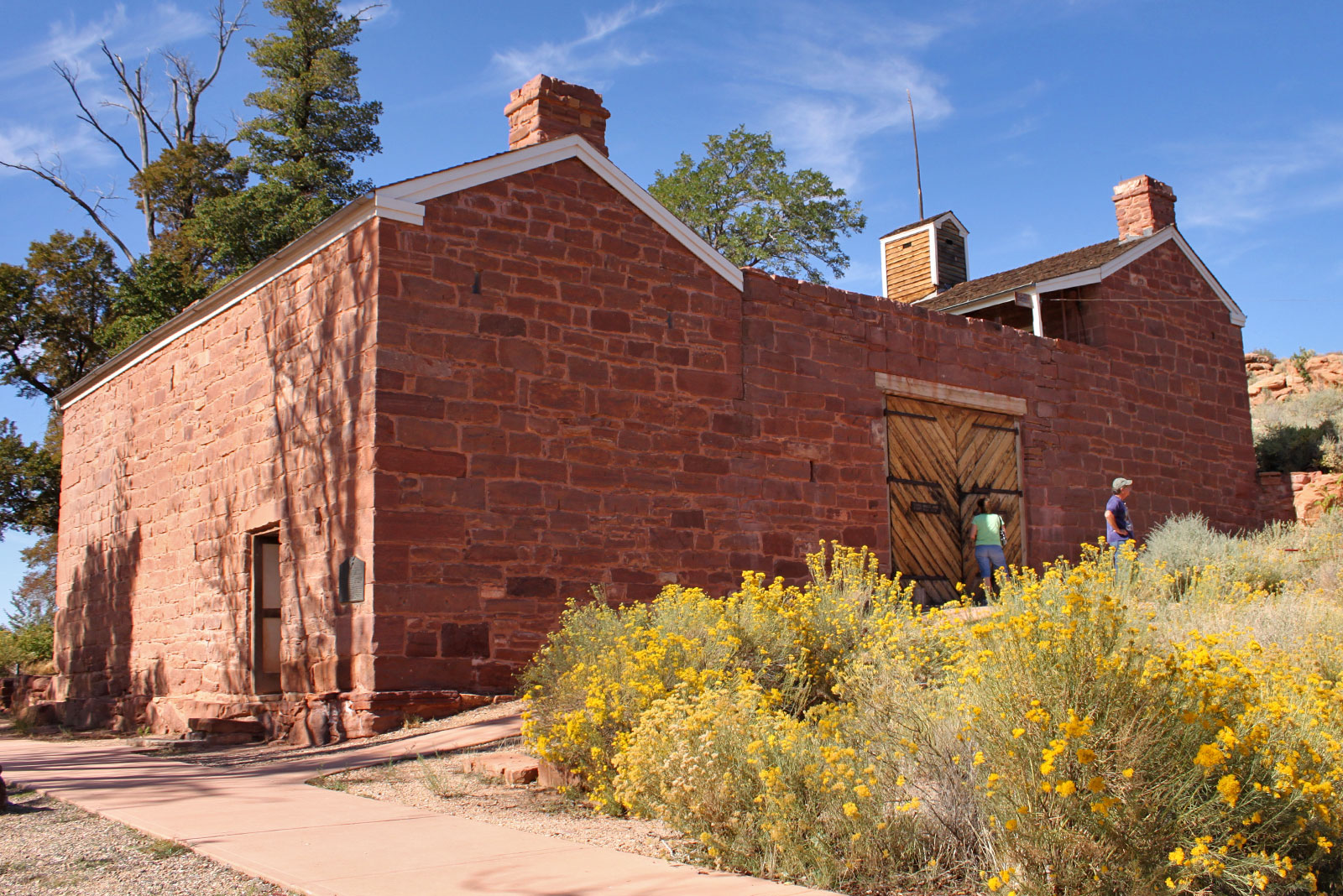 There were many changes for the Paiute tribe when the Mormons settled and built Winsor Castle at Pipe Spring. The most obvious impact was the water source, now located inside the fort. Though this created some dependency, the relationship had mutual benefits. The Mormons benefited from the knowledge and friendship of the Paiute, and the Paiute gained some security. For some time, the tribe had been victim to slave raids from other tribes. With the presence of the fort, these attacks ceased and everyone was more safe and secure.

The Kaibab Paiute tribe continues to live in the Pipe Spring area. In 1907 the Kaibab Paiute Indian Reservation was founded. The property surrounds the national monument, and the Paiute operate various business and travel services.

The Kaibab Band of Paiute Indians Visitor Center and Museum sits at the entrance of the monument. A collaboration between the National Parks Service and the Kaibab Paiute tribe, the museum offers plenty to entertain and inform. Housing artifacts of both Native Americans and pioneers as well as educational displays and a short 10 minute video.

During the summer months, folks in period costume demonstrate various activities to show what life was like in the late 1800s for both ranchers and Paiute. Guests may take a self-guided tour of the grounds, or accompany a park ranger for an educational talk.

Tours of the fort are available at half-hour intervals throughout the day during both summer and winter months. Visitors will see artifacts and furnishings from the 1800s and learn more about the history of the fort.

What you need to know

Pipe Spring is sometimes referred to as Pipe Springs (plural) but the correct name of this destination is Pipe Spring National Monument (non plural use of the word spring).

The temperature at Pipe Spring National Monument varies greatly depending on the season. In the summer, expect highs of mid-90s F, and evening lows in the 70s F. Be aware that thunderstorms are frequent occurrences, and prepare in advance with a light jacket and umbrella.

In the winter, high temperatures at Pipe Spring will reach 40 F, and plunge as low as 20 F. Snow is common.

Hours for the Visitor Center and National Monument Grounds are from 7:00 am to 5:00 pm in the summer months (June to September), and from 8:00 am to 5:00 pm during the rest of the year. Guided tours begin a half-hour after opening, and run throughout the day.

The national monument is closed on Thanksgiving, Christmas and New Year’s Day. 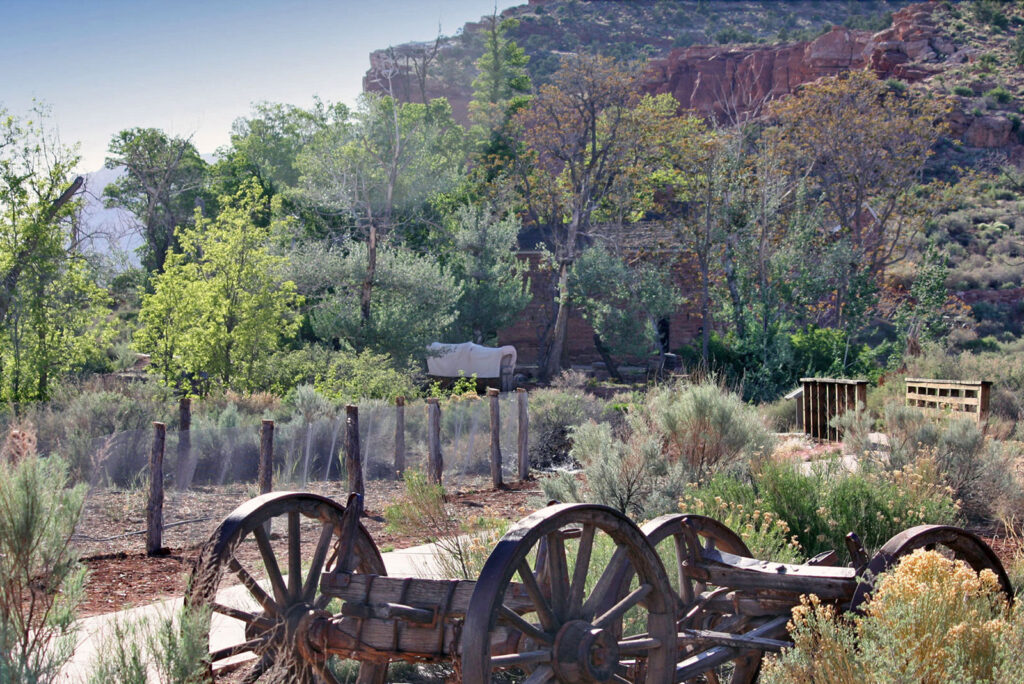 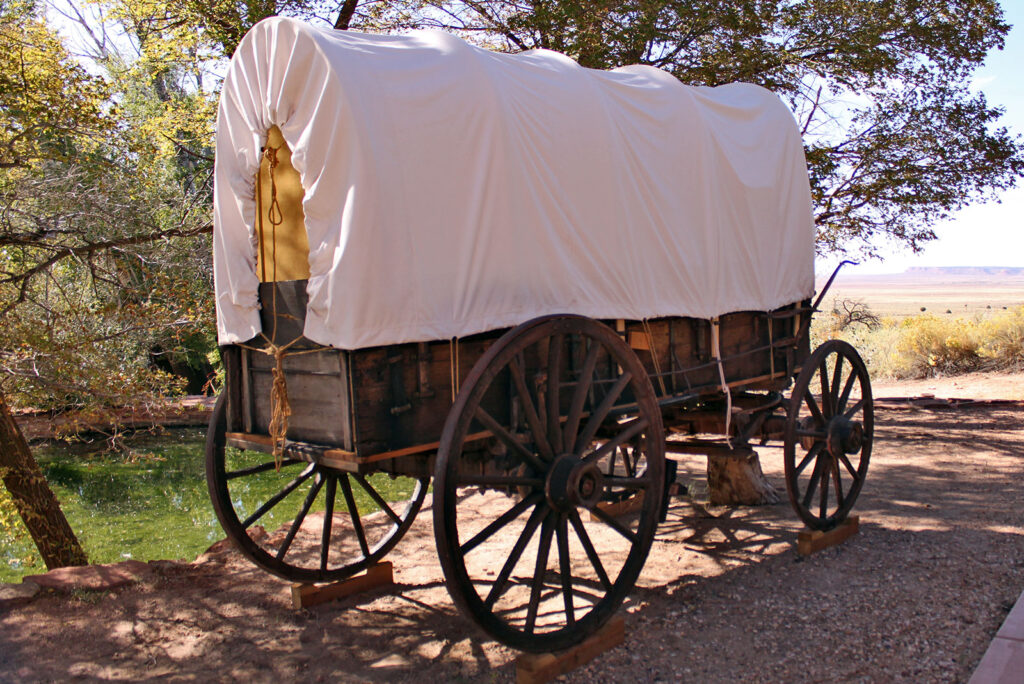 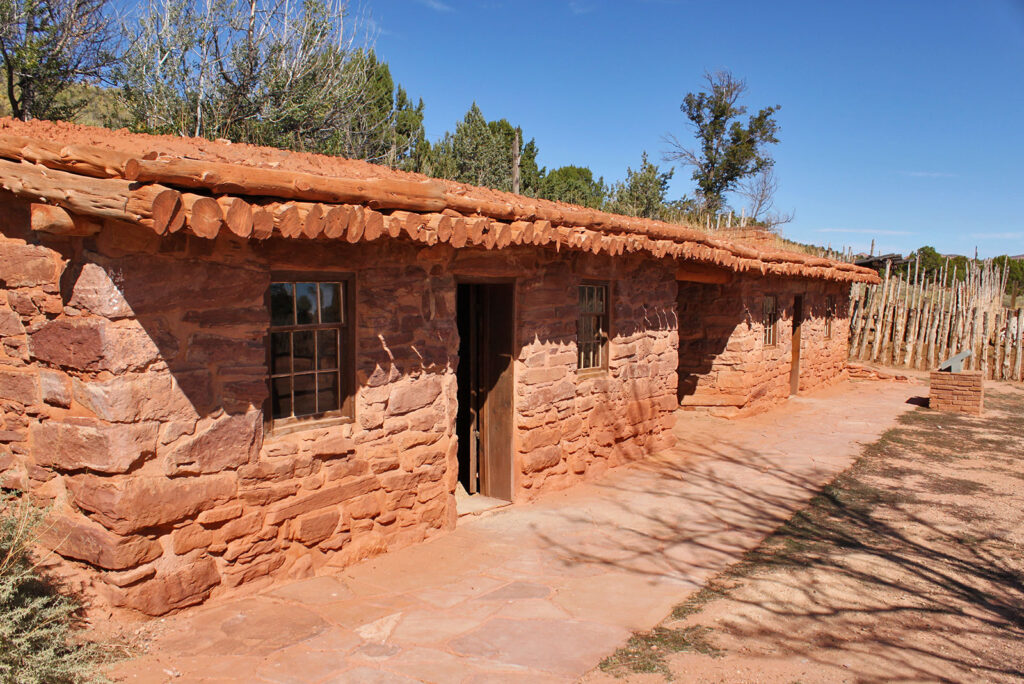 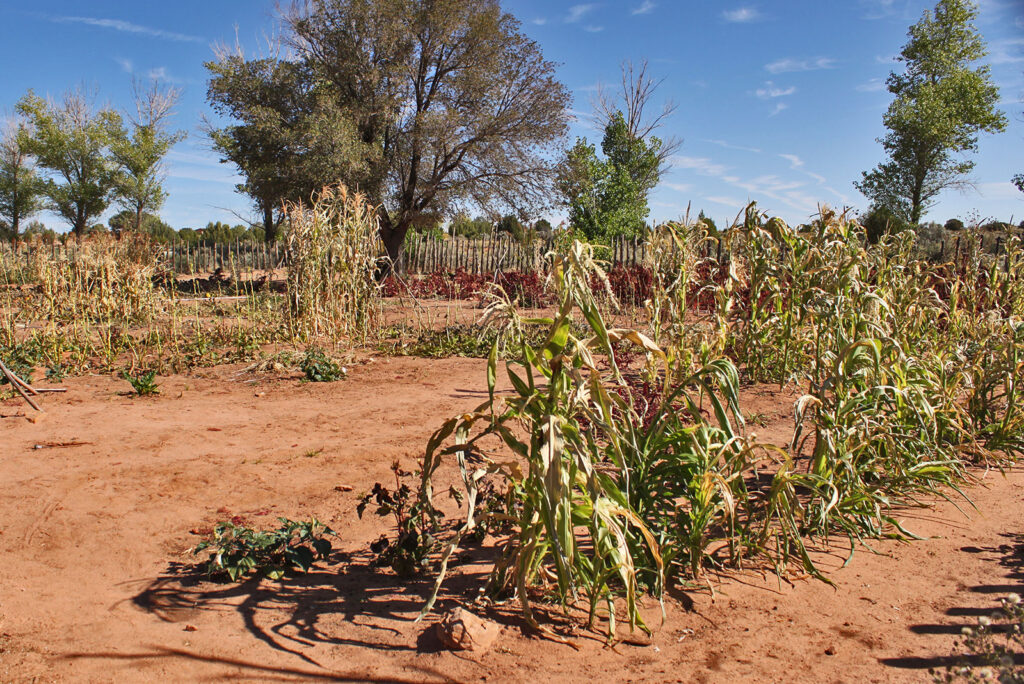 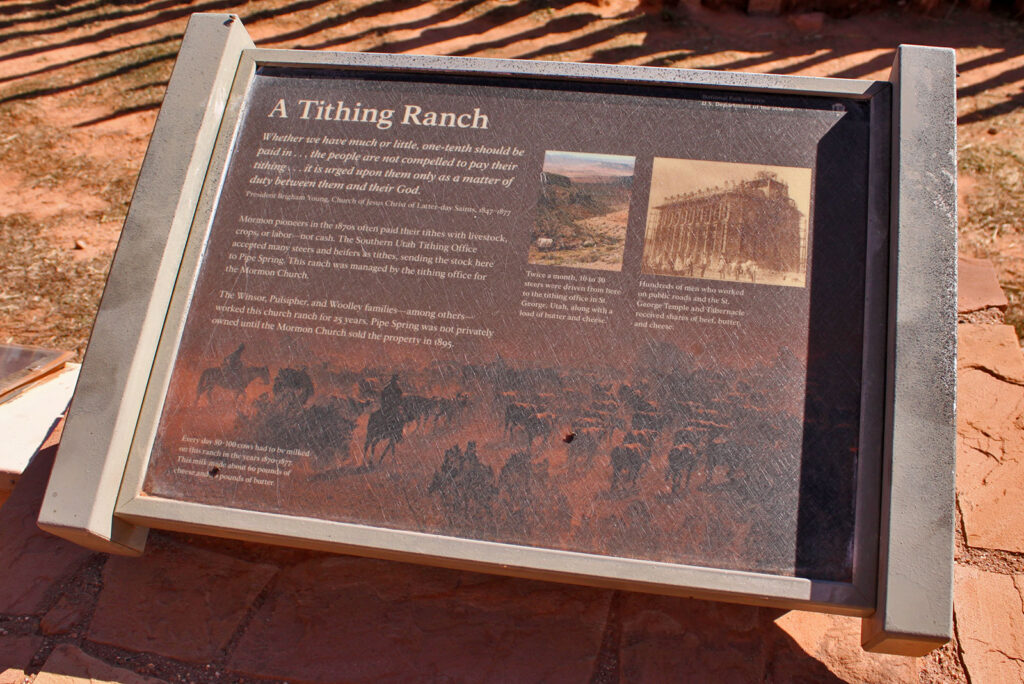 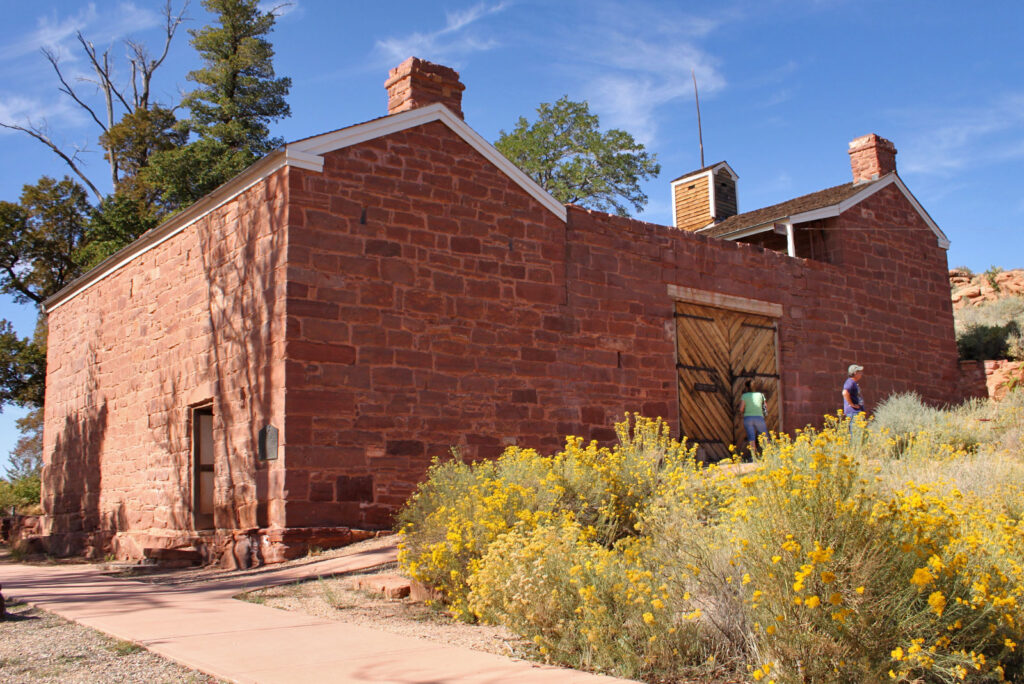 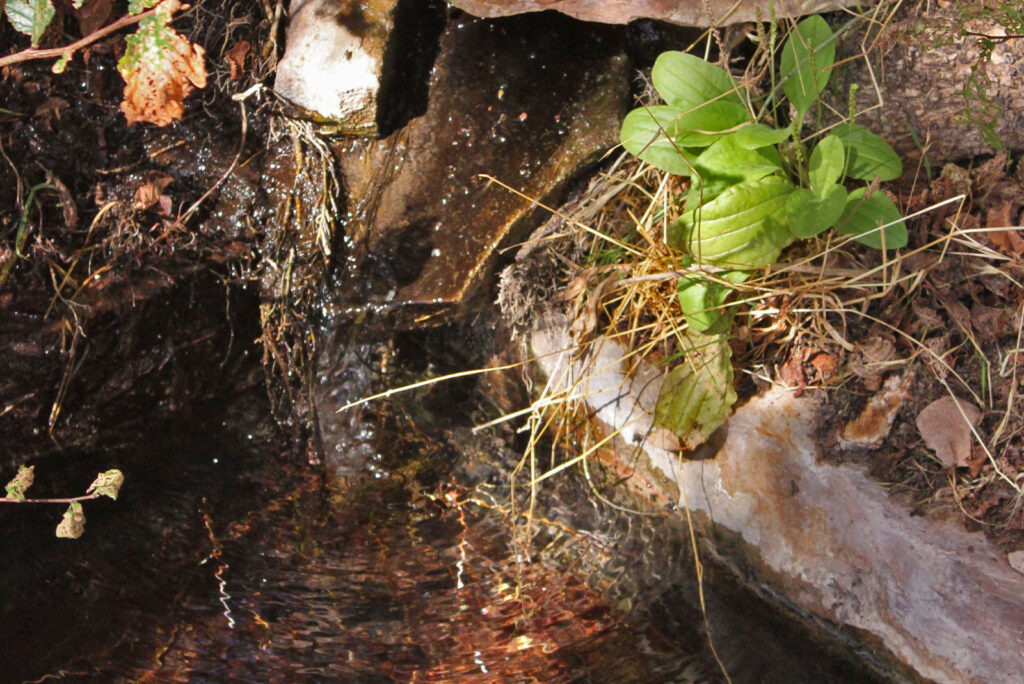 Planning Your Trip to Pipe Spring

Trying to decide which airport you should fly into to visit? Here are four options: